Wood barrels have been used for centuries to store, and often age or cure, a broad range of food and drink. Today, wood barrels have been replaced by more modern and cost effective containers, with the notable exception of oak barrels for ageing and flavoring wine and whiskey, and more recently, ‚Äúcraft‚Äù beverages including other spirits and beers. These barrels are routinely retired in huge numbers from wineries and distilleries after several years of use, which helps explain the growing number of them that are turned into decorative carvings and signs, as well as furniture and other products.

In this article we provide an overview of the often confusing terms used to describe decorative carvings and signs made from retired wine & whiskey barrels (or made to look like they were made from them) along with examples of each. 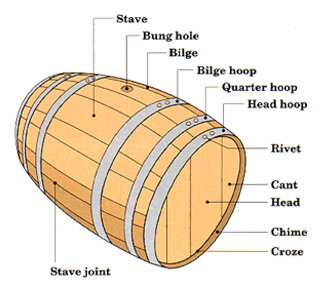 Let‚Äôs start with the terminology and definitions associated with the oak barrel itself.

This is a drawing of a typical ~60 gallon wine barrel, or a smaller ~53 gallon whiskey barrel. The round flat ends are the ‚Äúheads‚Äù. They are made of flat oak ‚Äúhead staves‚Äù loosely held together by pins or dowels, or by tongue-in-groove joints.

The round heads are held in place inside the ‚Äúcroze‚Äù ‚Äì a groove milled out around the inside of the curved ‚Äúside staves‚Äù.

A number of steel ‚Äúhoops‚Äù encircle the side staves, and hold the barrel together. In older times the hoops were made of reeds or other natural materials.

Decorative barrel carving was a pervasive folk art in Europe centuries ago. It was a status symbol for wineries to show off elaborate carvings on their barrels and large wine casks and tanks. They served as signage on wineries, as well as decorative displays inside. They depicted a wide range of subject matter – from the owner‚Äôs favorite vintage or pastime, to landscapes and wildlife scenes, to bacchanalian celebrations. Old world artisans generally carved just the barrel head, but usually displayed the whole barrel. For more on this see: www.ewoodart.com/wine-barrel-art-part-1-origins. 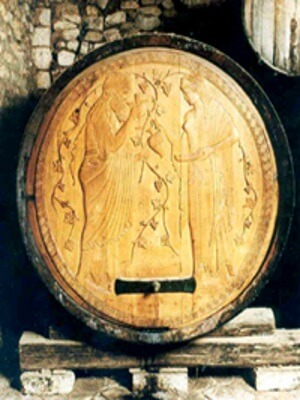 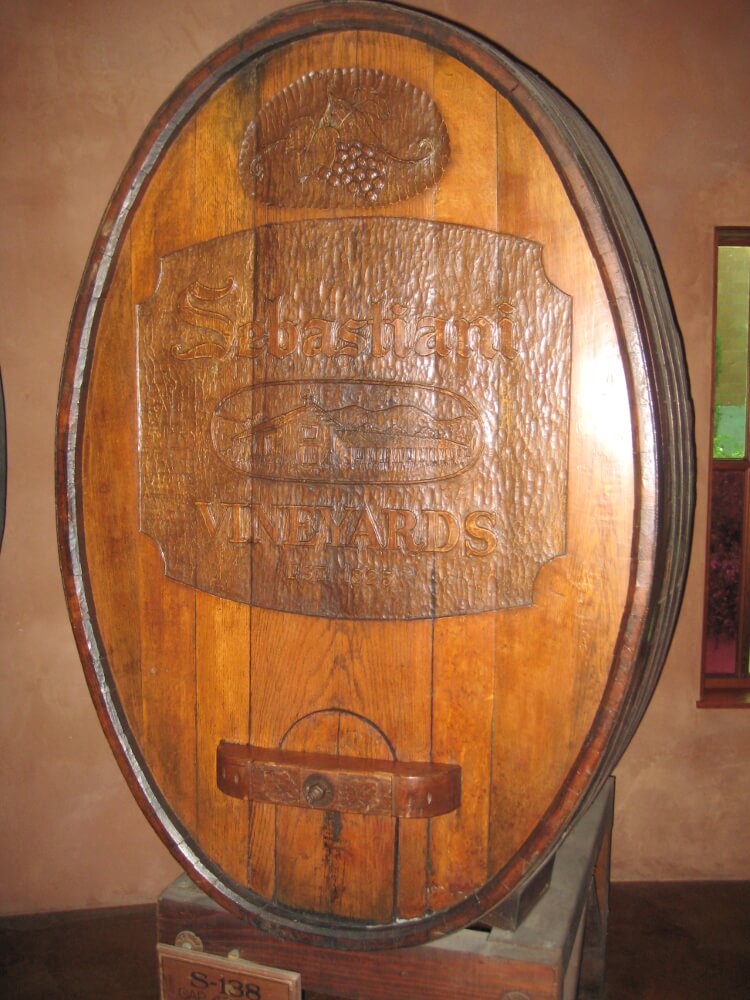 The broad aesthetic appeal of oak barrels, especially among people who love, make or serve wine, spirits and beers, remains very strong today. This is evidenced by decorative wall hangings and signs in home cellars and bars, as well as in commercial bars, restaurants, wineries, breweries, distilleries, liquor stores and related businesses. A very wide variety of styles of barrel carvings and signs can be found, ranging greatly in size, shape, beauty, quality and authenticity.

Today these products are referred to by many different names since most people are not fully aware of barrel construction or terminology, let alone the barrel carving tradition. Additionally, not all artwork is carved into the wood. Instead it may be just painted or printed on, or it may be burned on with a hot iron or a laser engraver. These products are more appropriately called ‚Äúbarrel signs‚Äù (and sometimes ‚Äúbar signs‚Äù, ‚Äúpub signs‚Äù or even ‚Äúwine plaques‚Äù) since no carving is involved. Even real barrel carvings are sometimes called barrel signs if they are used and displayed as a sign.

It is also common today to refer to a wine or whiskey barrel head carving or sign as a ‚Äúbarrel top‚Äù, ‚Äúbarrel lid‚Äù or ‚Äúbarrel end‚Äù carving or sign. These terms may be applied to any of the following:

3) a head manufactured from scratch to imitate either 1 or 2 above.

To confuse matters even further, several terms are in use to describe #2 above. Depending on the approximate depth of the cut-off side staves and hoop(s), the product may be called a ‚Äúquarter barrel‚Äù a ‚Äútenth barrel‚Äù or a ‚Äúsixteenth barrel‚Äù carving or sign.

Below is a small sampling of different product offerings in this space along with the names they are offered by. 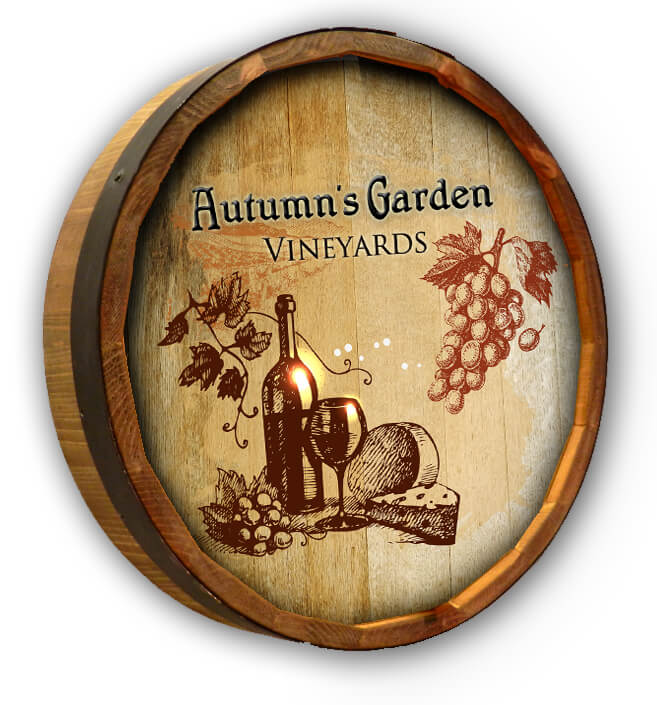 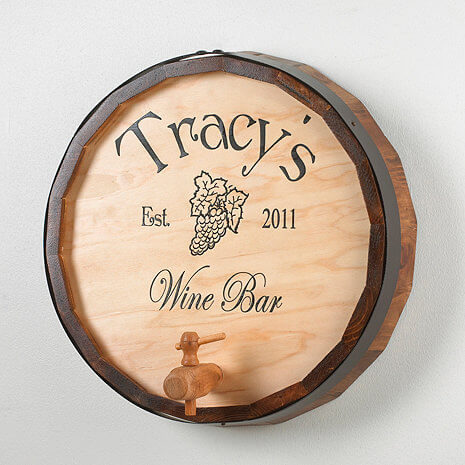 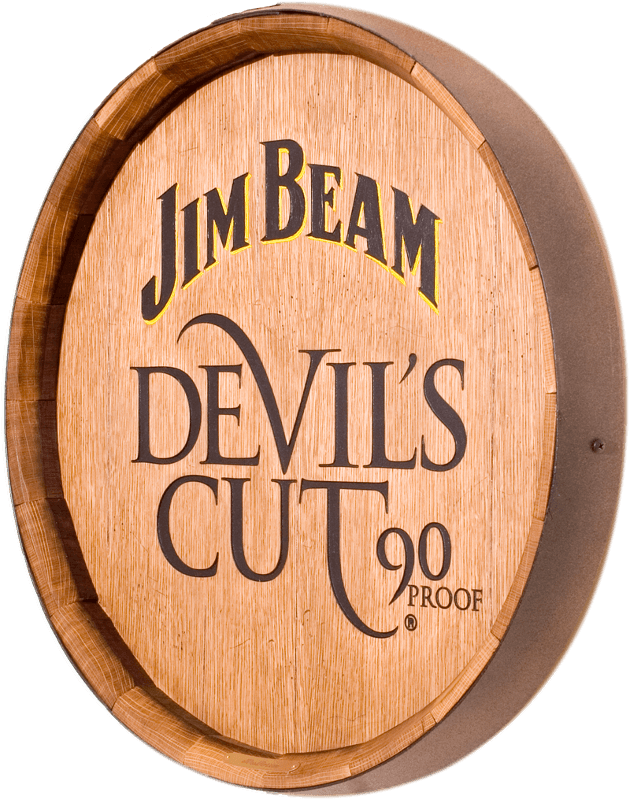 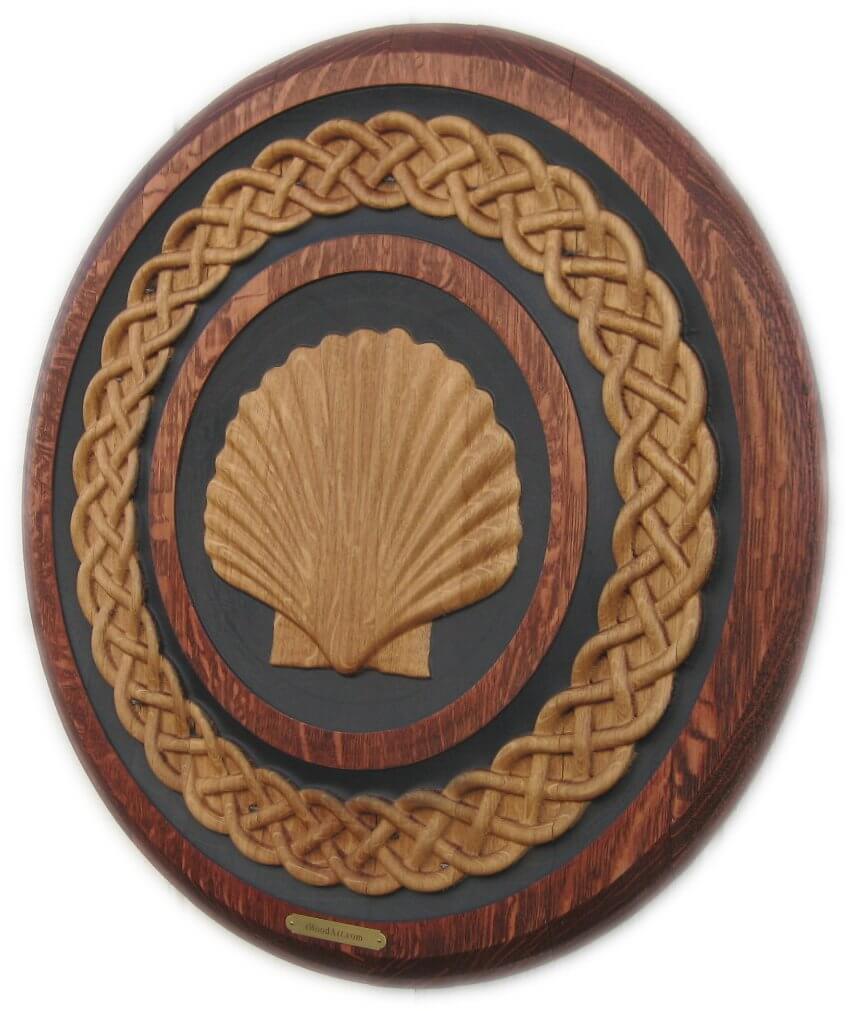 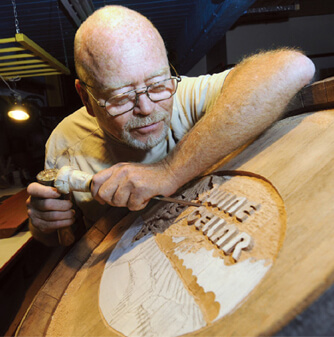 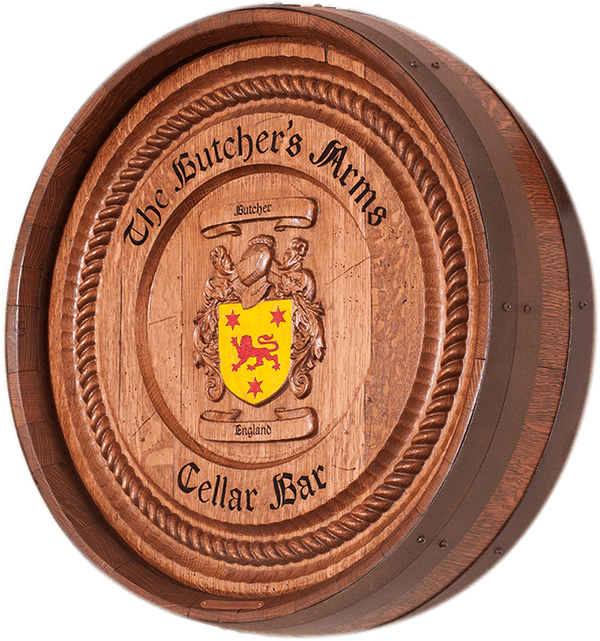 There are a few more specialized terms in use for more unique decorative barrel heads. Very large barrels are often called casks or tanks, so the terms ‚Äúcask head‚Äù and ‚Äútank head‚Äù carving or sign are not uncommon. 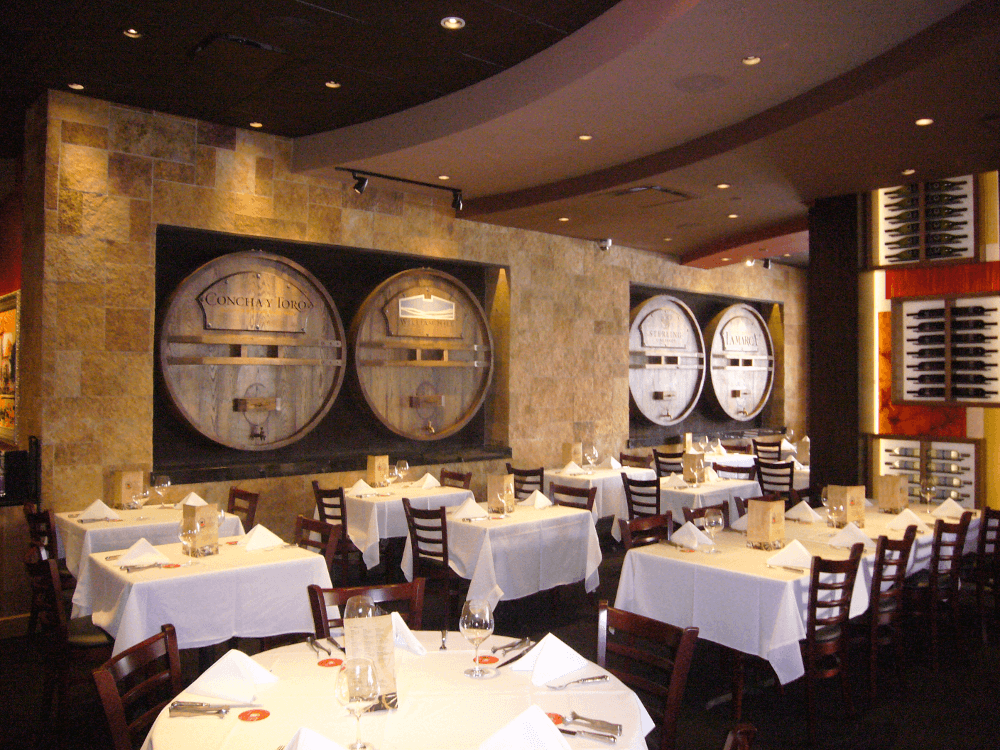 A ‚Äúdouble-sided barrel head‚Äù carving or sign is made by fastening two cut-off barrel heads back to back. This configuration is most often seen as signage hung from above in front of a drinking or tasting establishment. 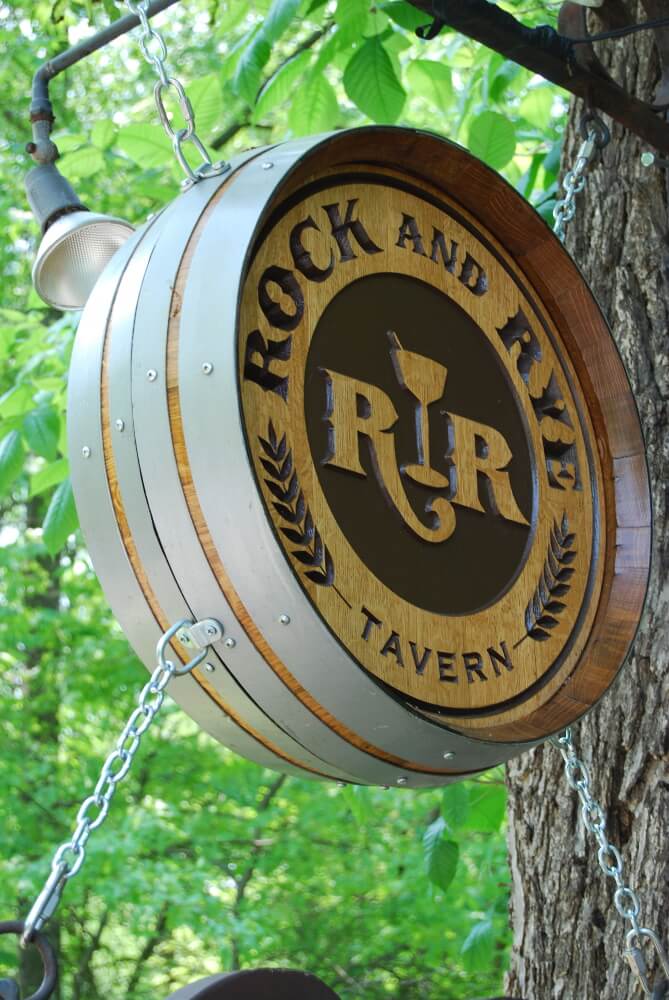 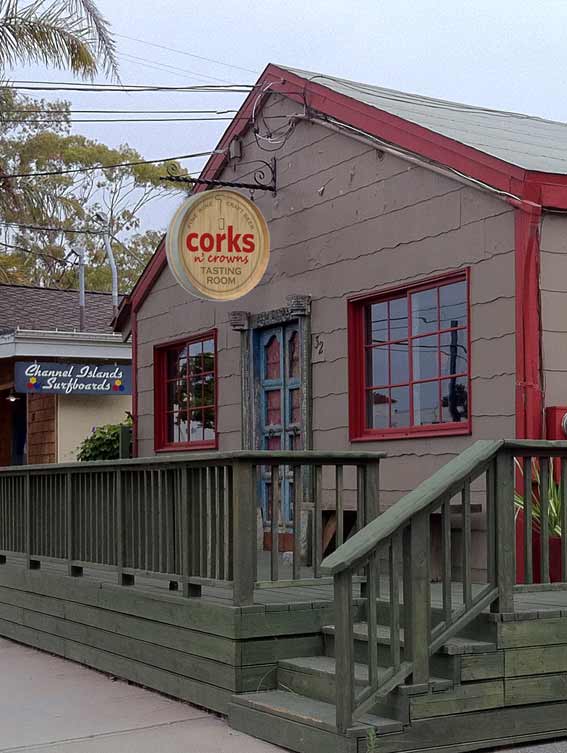 A ‚Äúbarrel head tap‚Äù is a barrel head ‚Äì usually in a tenth barrel or quarter barrel configuration – equipped with one or more beverage faucets used to serve wine or beer on tap when connected to back-bar pressure and beverage tanks. There are also many barrel heads available with ‚Äúfaux‚Äù decorative ‚Äúspigots‚Äù, often made of wood. 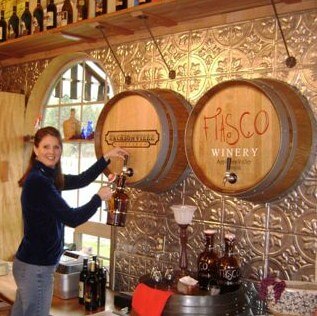 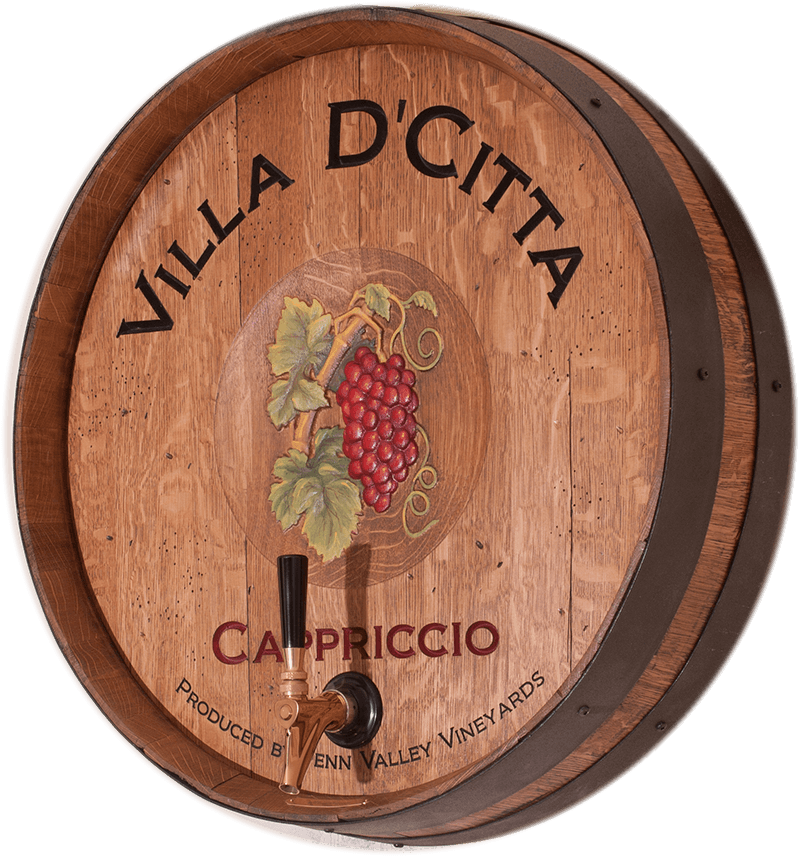 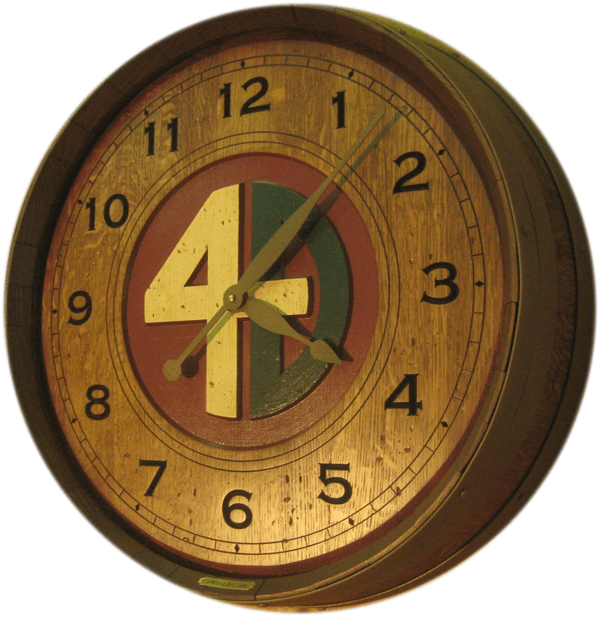 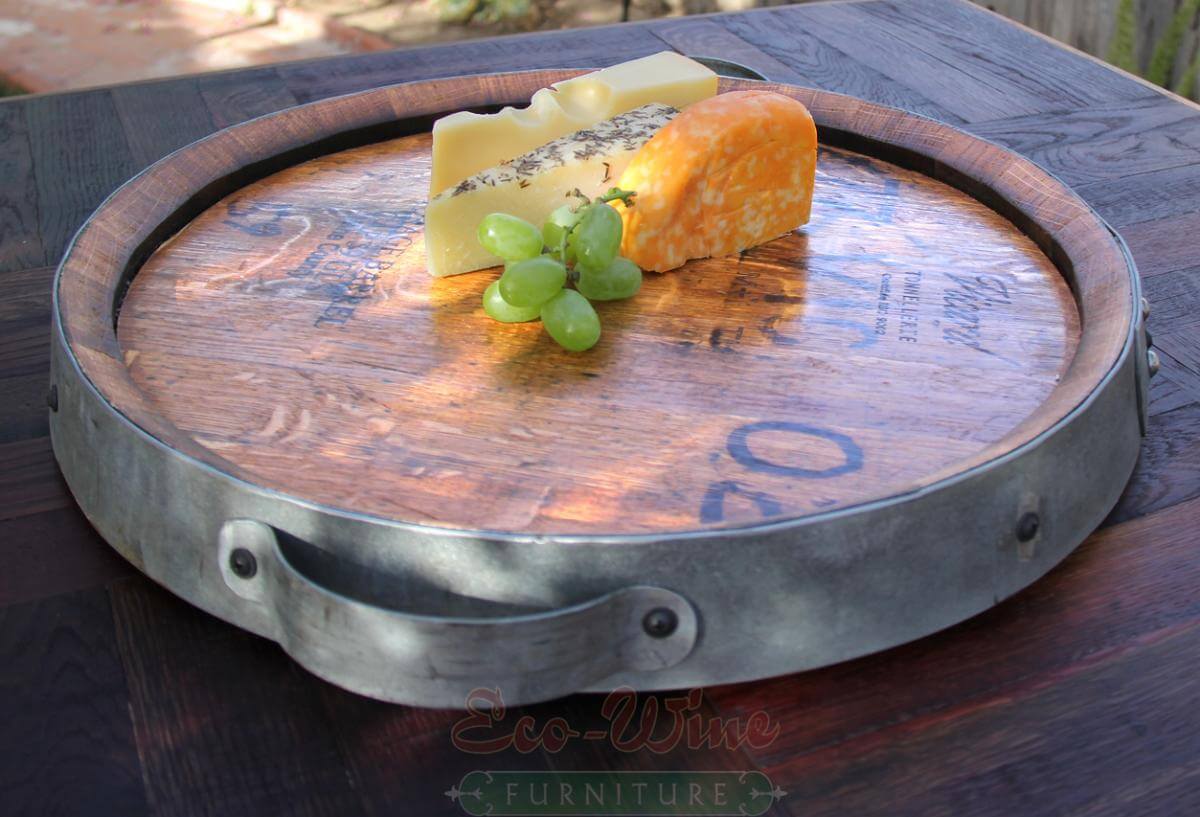 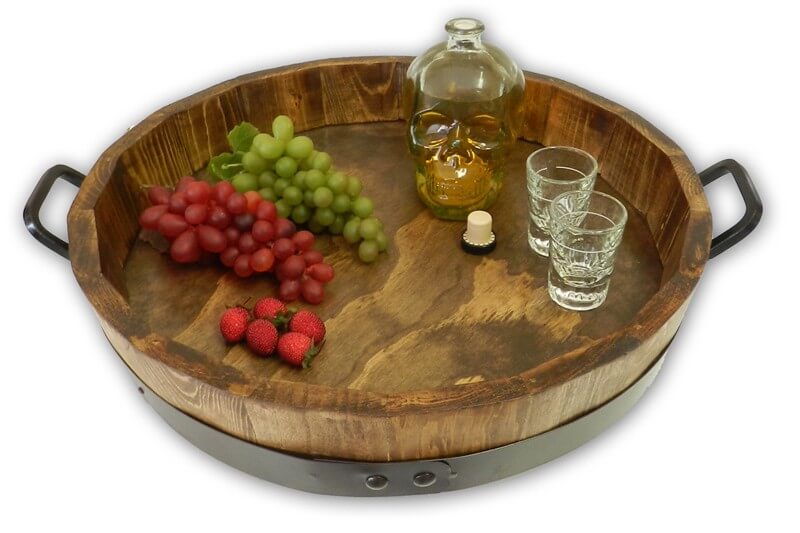 Finally, for the sake of completeness, there are a great many other products made from barrel heads ranging from the mundane to the exotic – from the ubiquitous wine & whiskey barrel planter, to wine racks, coolers, decorative fountains, dog beds‚Ä¶. If you can imagine it, someone somewhere is probably making it.

Tom Freeman is founder and owner of eWoodArt.com, where he has integrated a lifelong career in software engineering with his passions for woodworking and wine. Contact him at tom@ewoodart.com or visit www.ewoodart.com

Did you find apk for android? You can find new Free Android Games and apps.

To wow our customers – and their family, friends and customers – with barrel carvings, signs, decor, and other custom barrel art products of the highest beauty and quality, and to do it with world class customer support.

Use the search box to find the product you are looking for.

No products in the cart.

Questions, issues or concerns? I'd love to help you!